ALUK TODOLO stands-out even among the line-up varieties of “Armageddon Descends” festivals. 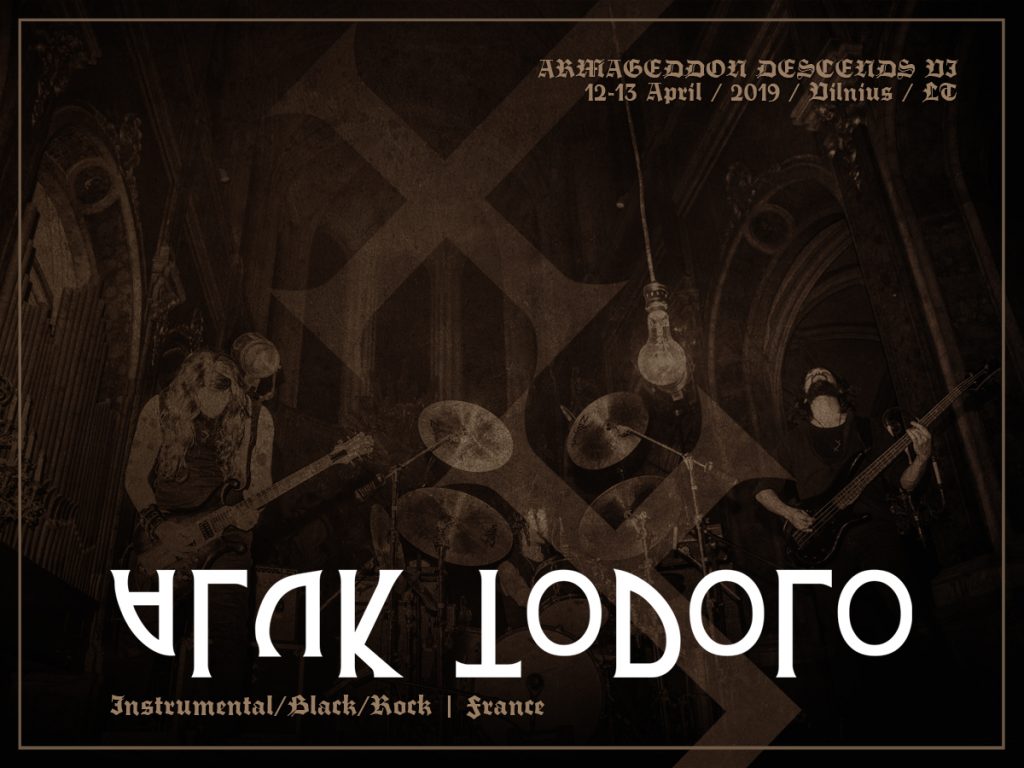 Though the instrumental music of the band is most often described as occult rock, their true creativity flows between psychedelia, musical trance, and elements of black metal, which are the legacy of the members musical roots. It might seem that the dissonances, unexpected decisions, systematic chaos are just a never-ending improvisation, but ALUK TODOLO’s sound is monolithic, minimalistic yet teeming, hypnotic but unpredictable.