Having served as the “Palace of Railroad Workers” for ages, the building is simply known as “Kablys” (“The Hook”). It became a cult place for live shows of heavy music in 90-00s. Unfortunately, after several fire accidents, the place was closed and left unattended for a decade. Luckily some enthusiasts decided to re-awaken the place and established a leisure zone there, later on – a skate-park. “Kablys” has been operating, as a place of culture for the last 5 years now. 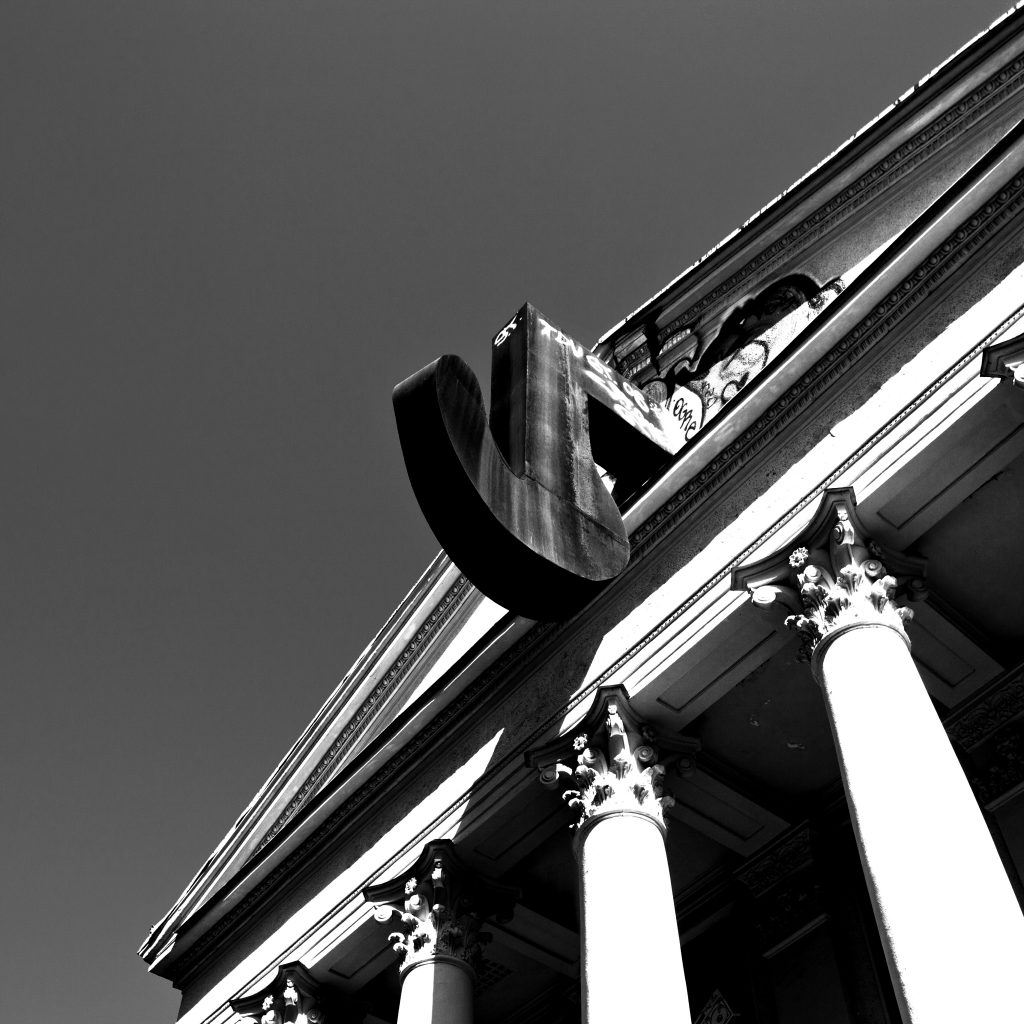 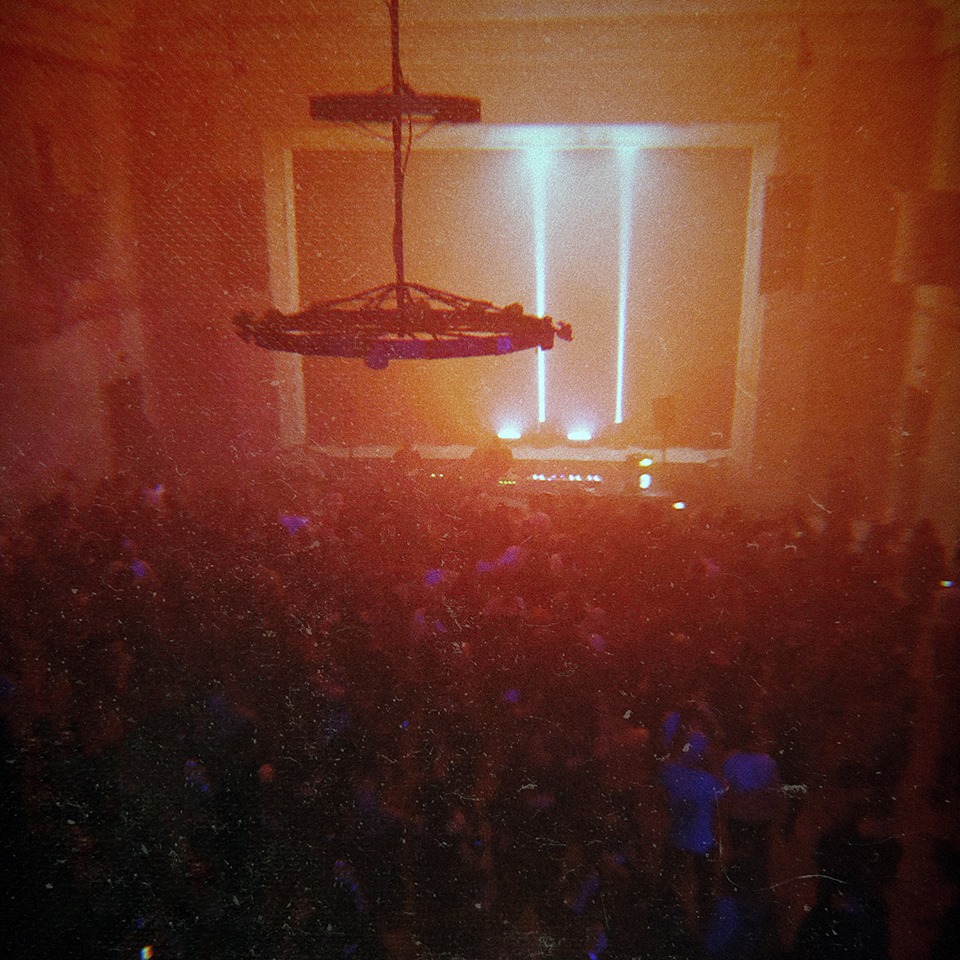 In “Kablys” you will be able to find several bars and a restaurant.

Official accommodation is provided by “Mikotel” hotel, located 5-10 min. from the venue.

Festival visitors can book a room for a special reduced price by sending an email to raimondas@panoramahotel.lt and quoting the password “Babalon”. Upon arrival to the hotel, the visitors will be asked to show their festival ticket for the approval of reservation. Without having the ticket, the visitor will have to pay the standard price for the night without the discount. 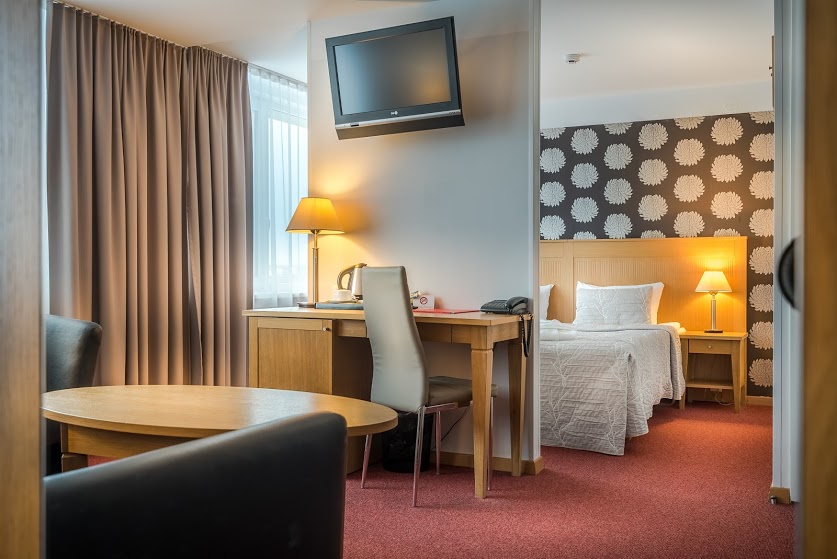 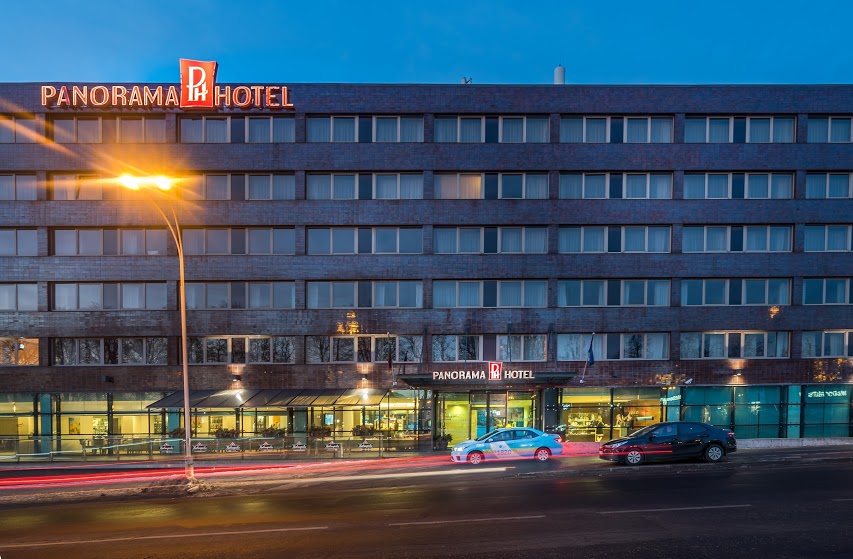 The venue is located 5 minutes by foot from the main bus station and railway station of Vilnius. You can reach the venue in 10 minutes from the airport using public transport or apps as, e.g., “Taxify” and “Uber”.

You can reach Vilnius with air-lines (Ryanair, Wizzair, Air Baltic, etc.) from any spot in Europe. For your convenience, you can choose Kaunas airport as well – there’s a direct shuttle bus from Kaunas airport to Vilnius (and back for flights from Kaunas; in advance registration is needed!).

To reach Vilnius from any place in Lithuania, use intercity buses or railroad system.

International railway options to Vilnius are possible from Minsk (Belarus) and Daugavpils (Latvia), and to Kaunas from Bialystok (Poland). For more information see here.

The Artillery Bastion of Vilnius these days is simply called Barbican. It is part of the old defensive wall of the town. It’s not only the architecture memorial of the Renaissance, but a favorite gathering place of youth movements. A perfect view to the old-town could be witnessed from the terrace of the Artillery Bastion. 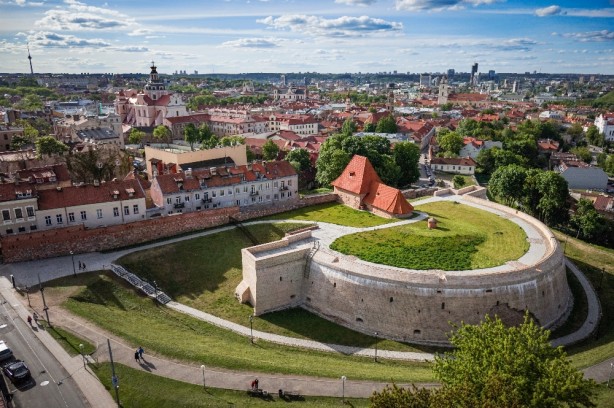 Gediminas Tower is the best vestigial part of the higher castle of Vilnius that was built in 13-14th century. It is one of the most popular sightseeing spots of the Lithuanian capital. The idea of the castle was based on the legend about the dream of the iron wolf of duke Gediminas.

The museum is established in the historic building, where the KGB council constituted and was implementing various forms of physical and spiritual genocide against Lithuanians citizens, generated by the occupational soviet government. In the museum you will be able to see: the inner KGB prison, the room where capital punishments were provided, and modern expositions about the historical repressions and struggles against them.

Rasų Cemetery is one of oldest cemeteries of the country, and are more than 200 years old. There are a lot of chapels, several-story basements, columbariums in the territory of the cemetery. A lot of well known and famous Lithuanian personas have been buried there. The relief of the cemetery is rather hilly, therefore provides a rather grotesque impression together with a variety of epitaphs. 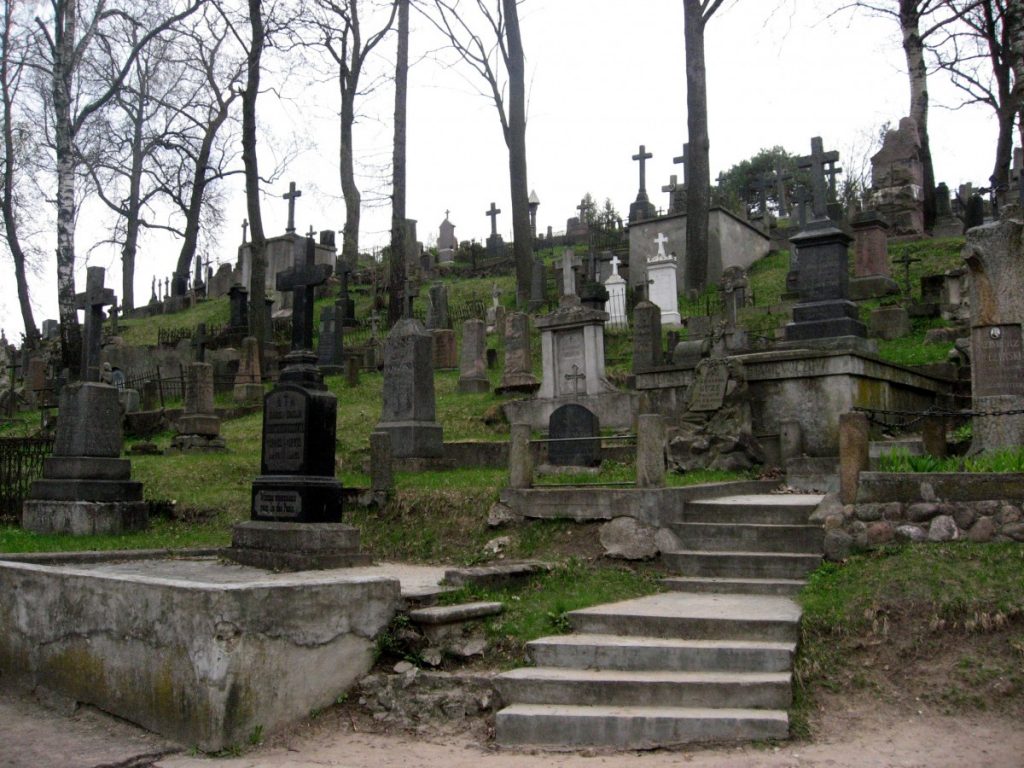 It is believed that the bigger historical part of old-town Vilnius lies beneath the ground. The time and growing territory of the town hid the old gothic brick walls of the city, as well as old paths and roads. A part of them could be seen during an excursion through catacombs.

The Church of St.Anne

Each city worldwide has at least one famous religious cult place. Vilnius is not the exception with the extraordinary Gothic Church of St.Anne. Visit your local church at night! 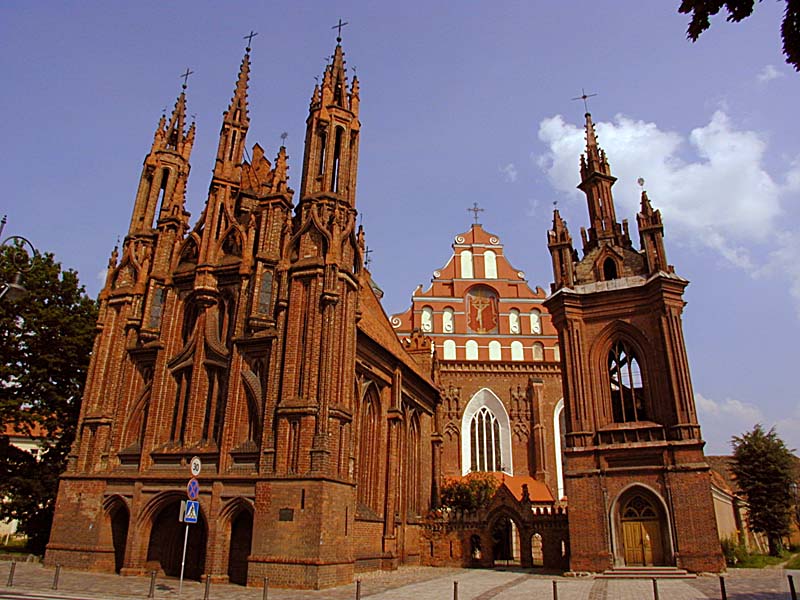 In the small village of Grūtas near Druskininkai, a unique museum under the sky has been established. Many monuments of the leaders of the soviet time, who were “decorating” the squares and parks of Lithuanian towns and cities ages ago, are spending their last days in this park. In the territory of 20 hectares the towers of guards, fragments of lagers and elements of soviet times are arranged in the way to remind Siberia.

Museum of the Devils

It’s probably the only museum of the devils in the world. There are more than 3000 statues of wooden, stone, ceramics, and other materials devils in the exposition. The museum is obligatory for all metaleads! 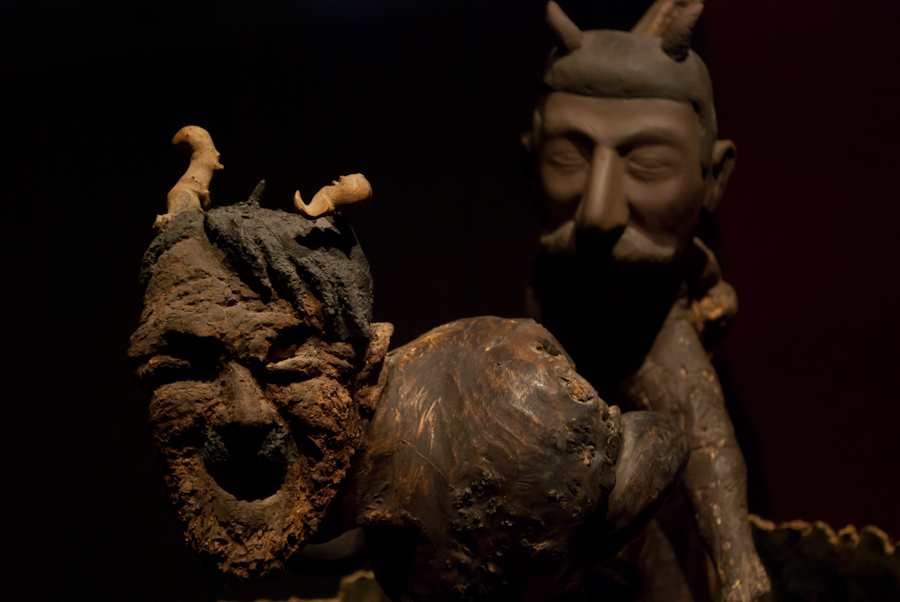 Trakai Castle
Gothic Trakai castle – one of the most famous castles of the country. It was built in 13-14 th century and was the main residence of the lords of the Grand Duchy of Lithuania. It is the only castle in the Eastern Europe that was built on an island. It is still a true monument to the times of medieval pagan ages.

Near the Šiauliai-Ryga road is located Jurgaičių (Domantų) mound, where people started staging the crosses in 18-19th century. Today there are more than 200 000 crosses on the hill! The place not only attracts religious pilgrims, but darker souls too, who are as ominous, as the aura of the hill itself.

Small, but intimate cookshop with a rather wide selection of beers. The place is loved by various representatives of different subcultures. You will always be welcomed here!

The best spot for Neapolitan pizzas and Italian snacks in Vilnius. Fast and delicious food, not the worst beer either. But suits for meals better than for drinks.

This pub is established on the railway platform in the train-station. The place is adored by the youth. It’s especially comfortable to use for those arriving from Kaunas – come and drink with the huge statue of Tony Soprano!

The bar describes themselves as the representatives of true Lithuanian beer and cuisine. “Šnekutis” might surprise not only with dizzy drinks, traditional food, but with company of a bit weird, but funny and friendly pub owner as well. 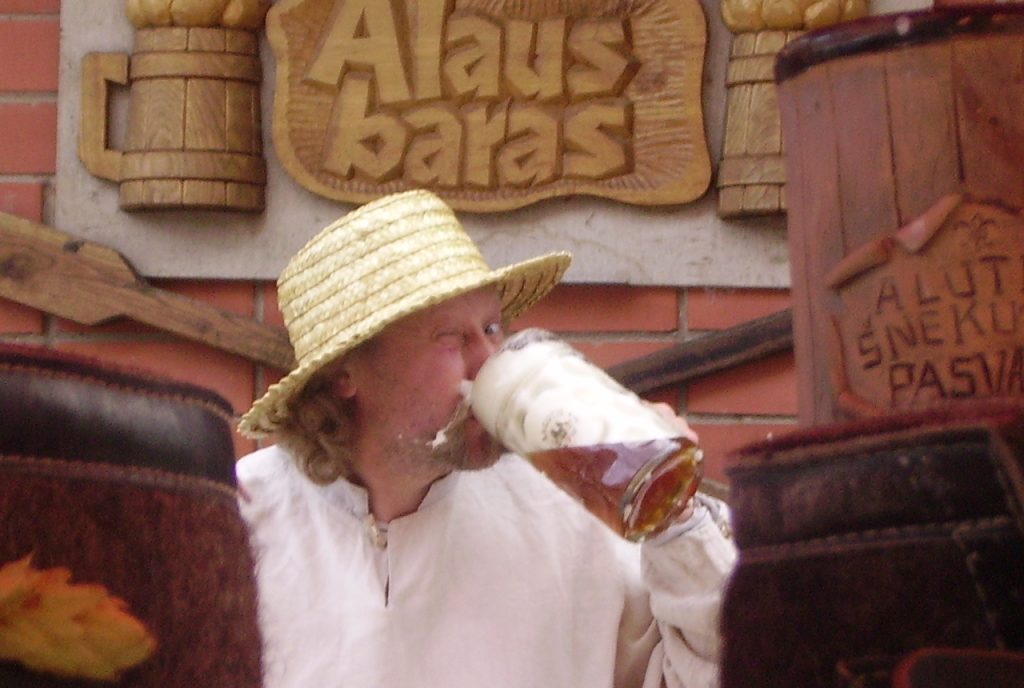