Finnish black metal has always been famous for its specific sound, but within its context, DEVOURING STAR is an exceptional element. 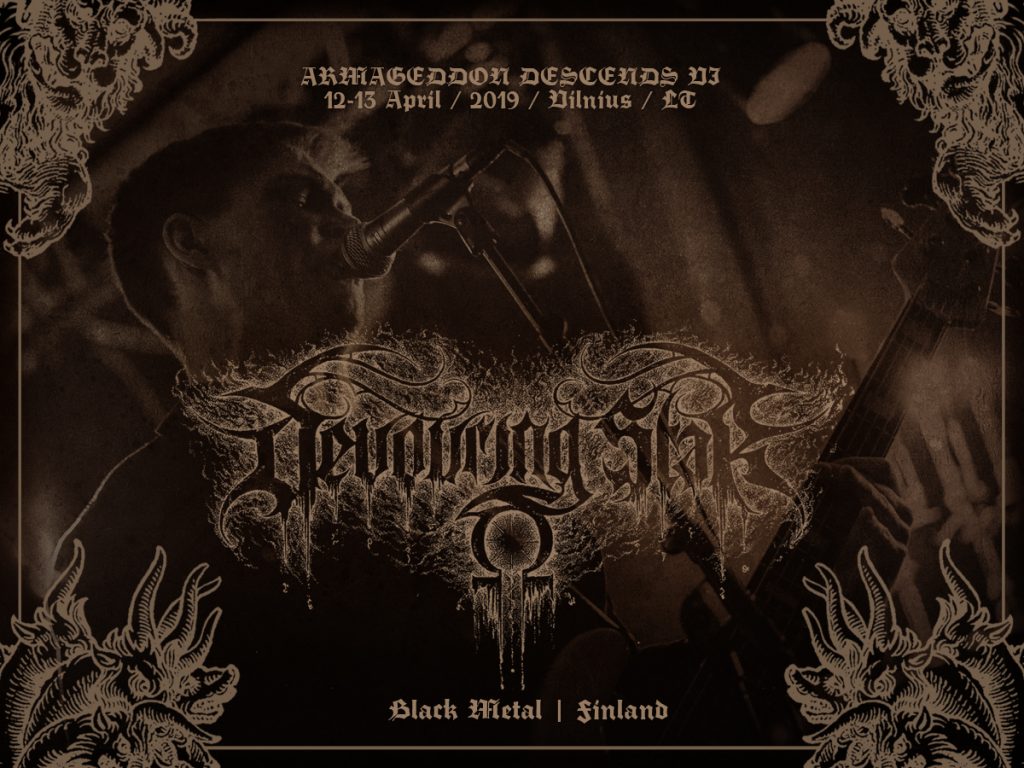 Merging the canons of black and death metal, strongly influenced by the weight of pressuring doom riffs – the band manages to present mystic, atmospheric and deep creativity. DEVOURING STAR’s name has been on the stir lately, but it must be agreed that it’s still one of the most prominent secrets of the Finnish scene creating its uniqueness on the base of metaphysical and cosmic ideas. Armed with a very recent release on “Dark Descent” and “Terratur Possessions”, DEVOURING STAR aims for infliction of long-lasting scars.