The time has come to announce the final initiates of “Armageddon Descends III”. With pride and euphoria we present the main headliner of this year’s morbid ritual – Greek Death Metal executioners – DEAD CONGREGATION! 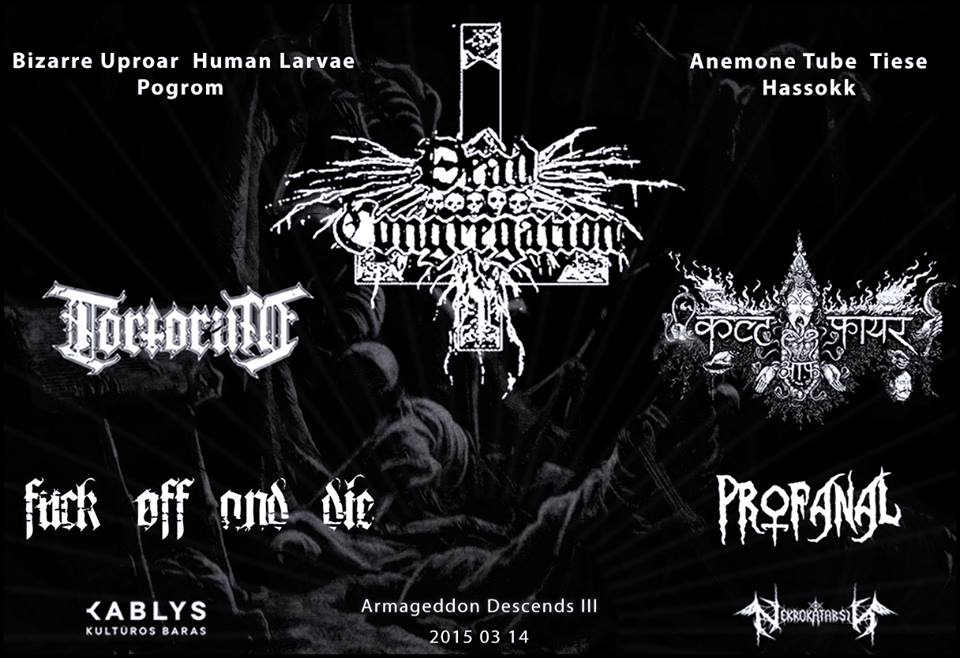 DEAD CONGREGATION reflect all possible things, that uncompromising true Death Metal should exhale – dynamics, massiveness and a dismal atmosphere encompassed within a technical performance and organic sound filled with otherworldly suffering. In 2008, when their debut “Graves of the Archangels” surfaced, it immediately became clear that these Greeks won’t be just another band that masters the technique and successfully echoes the old school Death Metal clichés. With this album they have earned the favour of the underground, widely presented their music live and quickly earned the status of a impressive live band.

I pray for total Death…

Their seconds full length “Promulgation of the Fall” (2014) perhaps surpassed expectations of the audience rather than just satisfied them. It is hailed as one of most authentic contemporary Death Metal masterpieces. The album has become a monstrous masterpiece which reflects versatile development of the and monumentalized the status of these Greek Death Metal titans in the current Death Metal scene. After the release of this album, DEAD CONGREGATION tour and play in various important extreme music festivals across North America and Europe. This experience reflects in their live shows that are characterized by virtuoso and precise performance and highly oppressive atmosphere. On the 14th of March, you will have the opportunity to witness this power during the first ever DEAD CONGREGATION performance in the Baltic States.