QRIXKUOR will open the gates of “Armageddon Descends IV”

“Then there appeared to them divided tongues, as of fire, and one sat upon each of them. And they were all filled with the Holy Spirit and began to speak with other tongues, as the Spirit gave them utterance.”

We are pleased to present one of the most perspective bands of the radical underground – British QRIXKUOR, who will open for the fourth edition of the festival. This will be the band’s first performance on the European mainland. 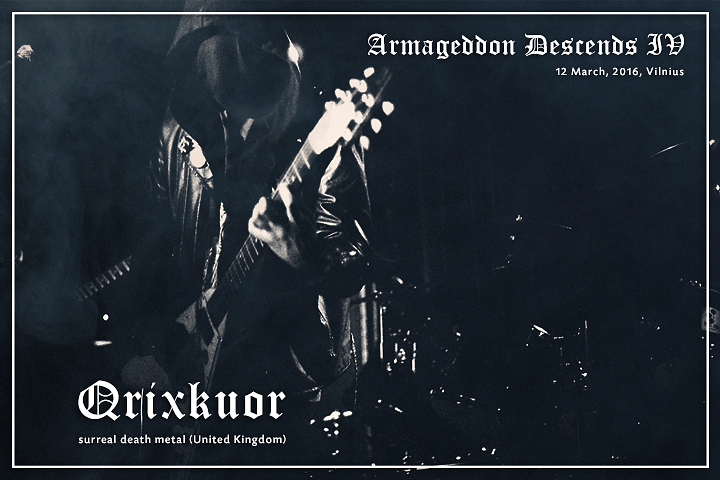 QRIXKUOR create a kind of bleak cavernous death metal that is highly addictive to fans of sonic surrealism. Compositions consisting of multi-layered riffs constantly in a struggle of building themselves up – a form which is difficult to put in the traditional monoliths of death or black metal to say the least. At the moment QRIXKUOR have released only a demo cassette (“Consecration of the Temple”, 2014), but an EP release is planned before the end of this year through “Invictus Productions”, which has been stated to raise the already existing sonar monuments into a higher level. Some of us, the organizers, have witnessed the band live – the aura they create is dense and exceptional – a real and unbound darkness!