As previously, “Armageddon Descends IV” will host a second stage with artists performing powerful extreme electronics. First two (out of six) acts – our own local VIDINĖ RAMYBĖ and VELĖMARA. 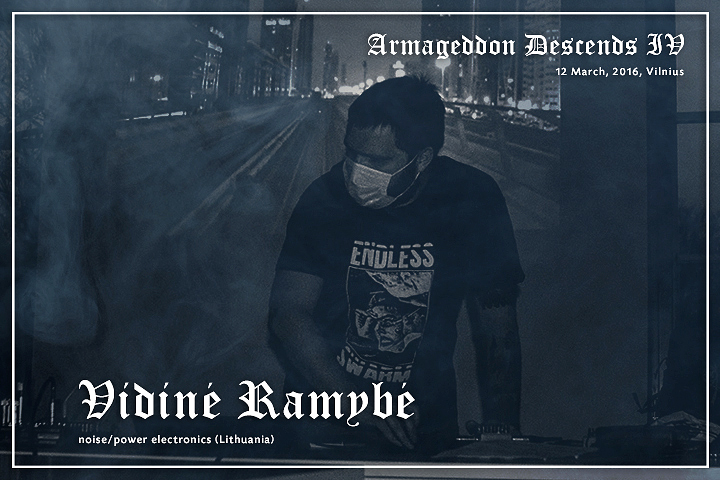 VIDINĖ RAMYBĖ (eng. INNER PEACE) is a noise/power electronics project that rarely performs live. It seems that intransigence towards dominating standards of the scene is a motivating factor behind this unit: he might perform with a professional violinist while discussing suicide, he might drown the audience in a lake of complete analogue feedback with visuals in the background. Even the name of the project seemed a bit strange at the beginning, after each release and performance it becomes more and more understandable. 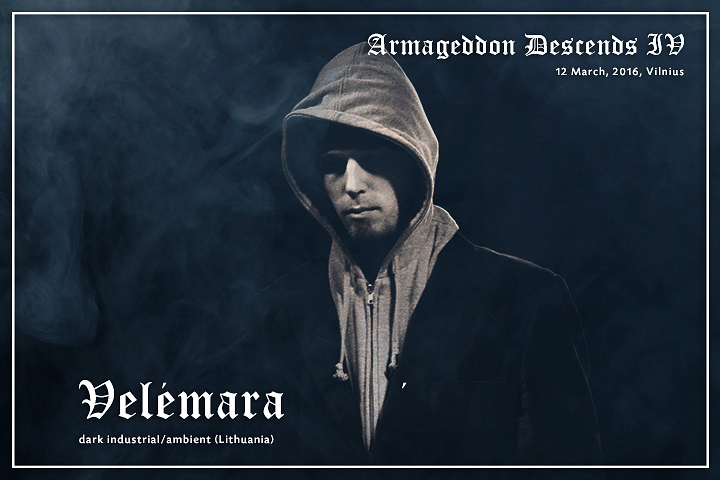 VELEMARA is a project by Skol (INQUISITOR, NYKSTA) of cold dark ambient/industrial that has risen from the ashes of HAEIRESIS. After the first impressive album, which was release by the scene-leading label Autarkeia, he focuses on live performances that are rare and convincing. It encompasses sounds that have no place for hidden comfort or calmness: it is madness, separation, solitude and death.