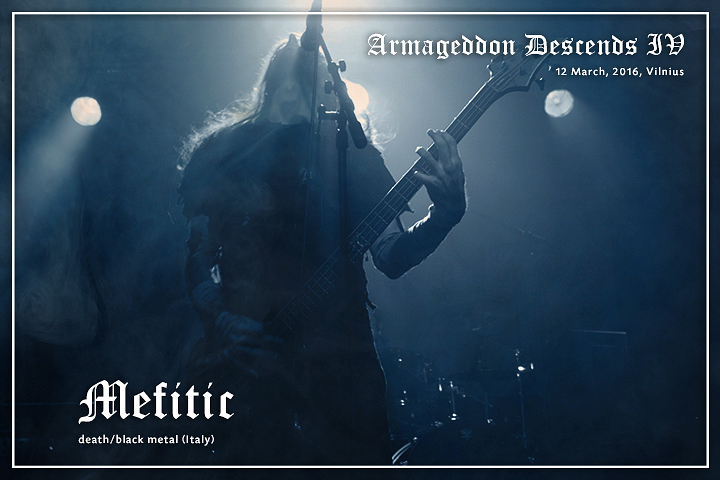 Although MEFITIC has not managed to pick off the laurels of international fame yet, however, they have achieved a quite well-known reputation amongst the underground black/death metal scene. Through more than a decade they have released a number of positively rated releases and also played in various cornerstone festivals, among them the Nuclear War Now! festival. This year MEFITIC has finally released their full-length album, “Woes of Mortal Devotion” which dispelled all doubts – it’s a real dark and cold breathing death metal masterpiece. MEFITIC’s sound is like a hollow echo stemming from an abandoned catacombs – low dissonant vibrations, subhuman roars and diverse compositions causing disastrous visions which actively involve the listener in the process. MEFITIC limits to just a few live performances a year and we are proud that “Armageddon Descends IV” will be one of those rare occasions.