In year 2002 on 30 March lake Michigan has taken away one of the most talented Lithuanian artists ever. Martynas Meškauskas, also known as Lord Ominous, was not only a brilliant artist and a poet, but also the frontman of the well-known Lithuanian Black Metal act ANUBI. It’s impossible to confuse the art of M. Meškauskas with someone else – it shines by its own light. 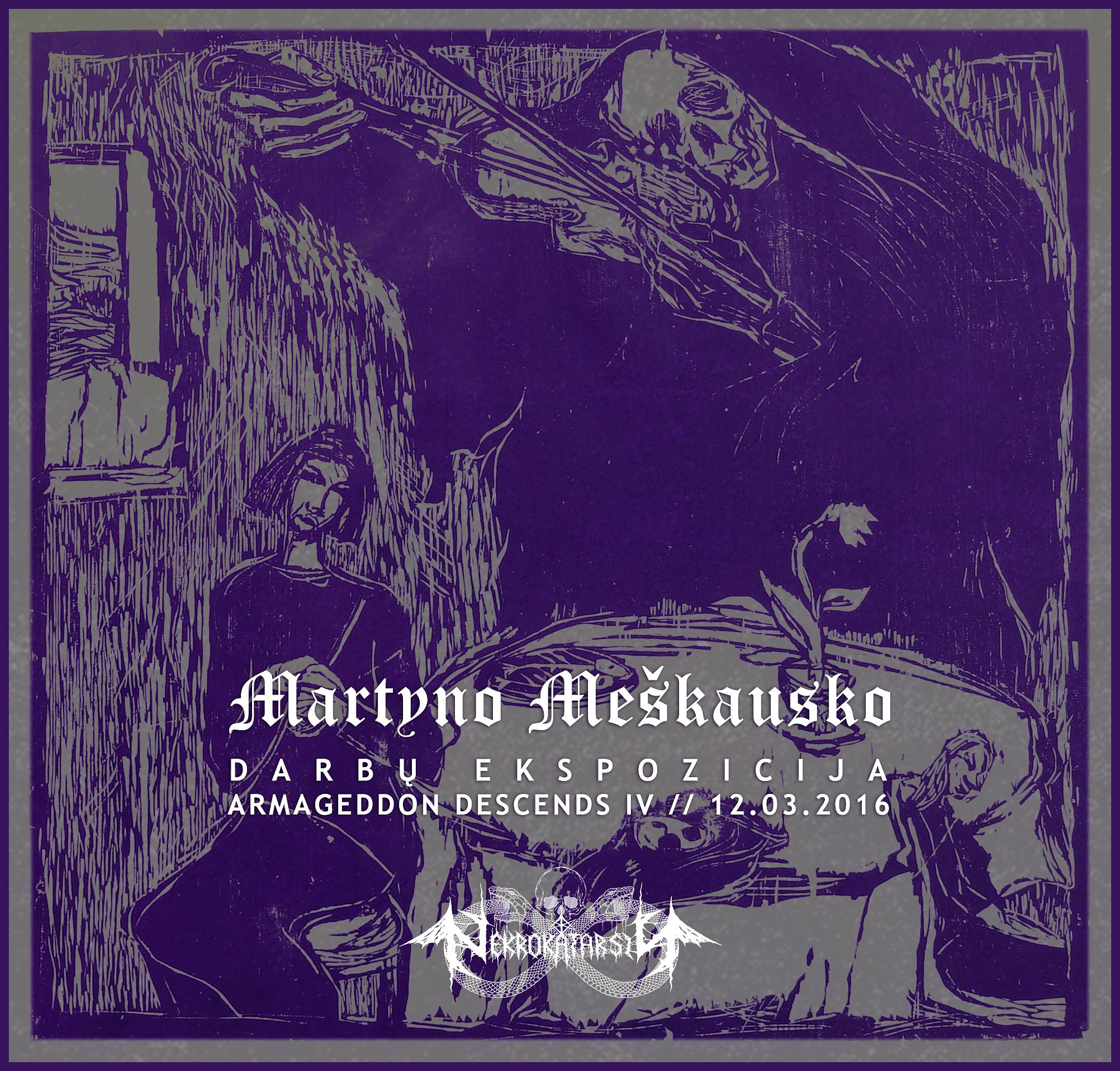 14 years passed, but the music of ANUBI and poetry of Martynas are still in our players, in our subconscious. It is widely acknowledged that ANUBI was and remains one of the deepest artistic manifestations of Lithuanian extreme underground music. Today Inferna Profundus Records is releasing the ANUBI album “Mirties Metafora”, for the first time on CD (first release was in 1995, on tape). Attendees of Armageddon Descends IV will be the first ones who will be able to acquire this release.

On this occasion, Nekrokatarsis congregation invites you to an extraordinary event – the graphic works exhibition of Martynas Meškauskas, which will be exhibited in the festival area. We recommend not to miss this unique opportunity and witness the exhibition which is also a tribute to the memory of the one of most prominent personalities of Lithuanian metal underground – Lord Ominous [1974-2002].

The limited edition by Inferna Profundus Records comes out in 6 panel digipack with an 8-page booklet. “Mirties Metafora” could also be ordered through:
https://www.facebook.com/ipr666/
http://ipr666.bigcartel.com/product/anubi-mirties-metafora-digi-cd-pre-order